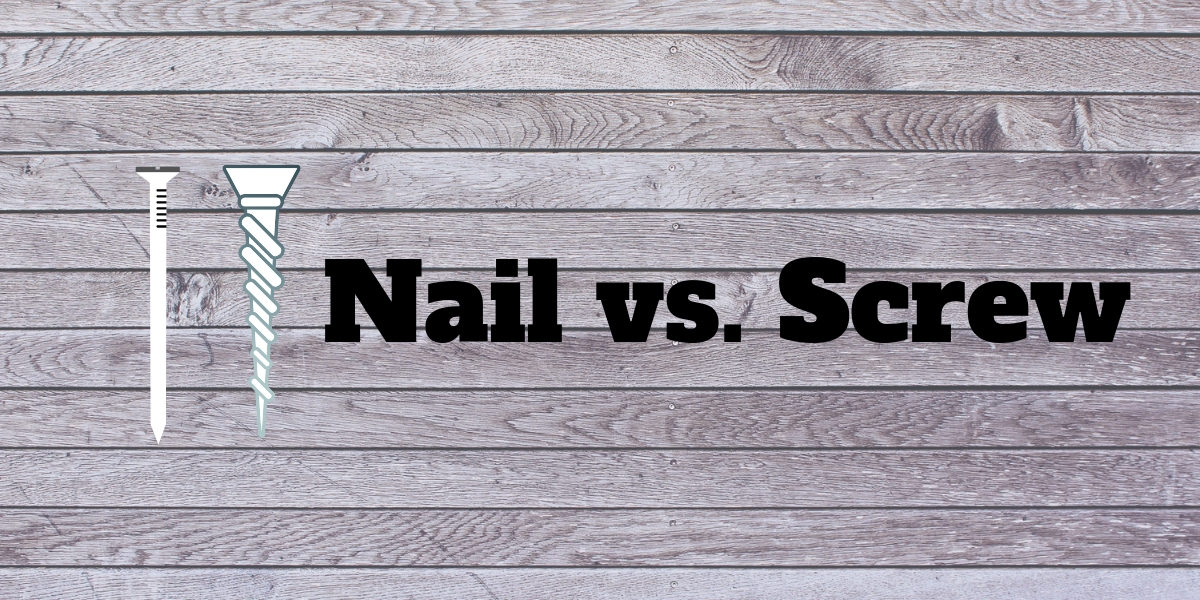 While nails and screws may seem to be interchangeable, there is actually a large difference between these two common fasteners and their application. I know often you are just trying to hang a picture on the wall and either will usually work. Sometimes though the difference really does matter.

Let’s start by talking about the similarities.  Nails and screws are usually both made of metal, have a common shape, and will generally hold things together. They are both frequently used in construction and, as a rough estimate, there are probably close to an equal number of nails and screws in an average house.

However, you will find the similarities end there. Nails are used for framing, screws are used to hold drywall in place. Nails keep the shingles on the roof while screws hold the straps on plumbing pipes and outlets in place.  So, what is the difference between nails and screws? Why is one used over another for a given installation?

A nail is smooth and set with a hammer.  For the most part, nails stay in place but they can be easily removed.  As an example of this, hammers have a claw to grab the head of a nail and remove them.  Nails are great at holding things in “shear”. This starts to get a bit technical but what it really means is that nails hold things against gravity.  One board is nailed to another to keep it from falling downward as a load is applied.

Framing in houses is predominately secured with nails since the largest forces being exerted on the house are due to gravity and various loads being pulled by gravity. Think of people walking on the floors, the snow on the roof, etc.  Nails are very strong in shear and are great at keeping things from slipping or falling downward. A nail’s weakness, however, is that it can somewhat easily be removed. Remember the claw on the hammer?

Screws are different than nails in that they have threads that are meant to hold the fastener in place once it’s set.  Unlike nails, screws cannot be easily pulled directly out. Really, the only way to remove a screw without a large amount of force and damage is to unscrew it.

As great as screws are, they do have some very real weaknesses.  Mostly, they lack shear strength. So, while screws are great at holding things together in a lateral/sideways direction, they are weak in a shear/vertical direction.  An example that anyone who’s worked in construction likely knows that it’s not unusual for a screw head to snap off when being drilled into place. This is because the screw has a relatively thin diameter. To be totally accurate, a screw snapping when it’s being driven is really a torsion failure but that is getting into engineering concepts that we don’t have time for here.

Which one to use

In the end, nails and screws are both very necessary fasteners. Both are great when used correctly.  There are even some combination fasteners or, more accurately, very thick screws that have all the shear/vertical holding strength of a nail but with threads like a screw.  These fasteners are quite versatile but are also very large and often not practical for a given application. The main thing to remember is that screws and nails are NOT interchangeable and each serves a very important purpose.  Knowing which fasteners to grab off the shelf is a critical part of completing your next project correctly.

Pictures of Nails and Screws 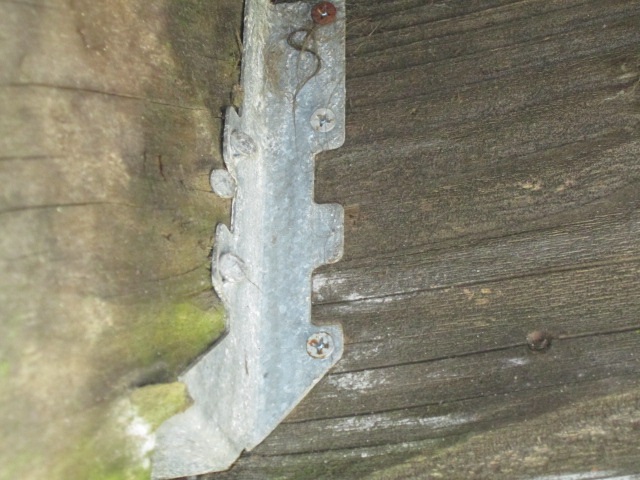 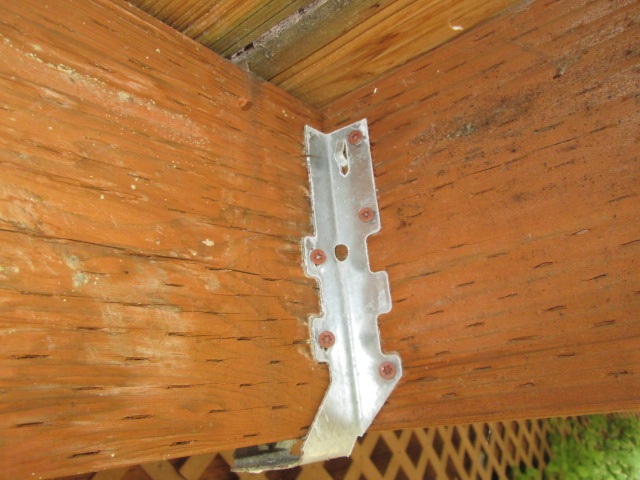 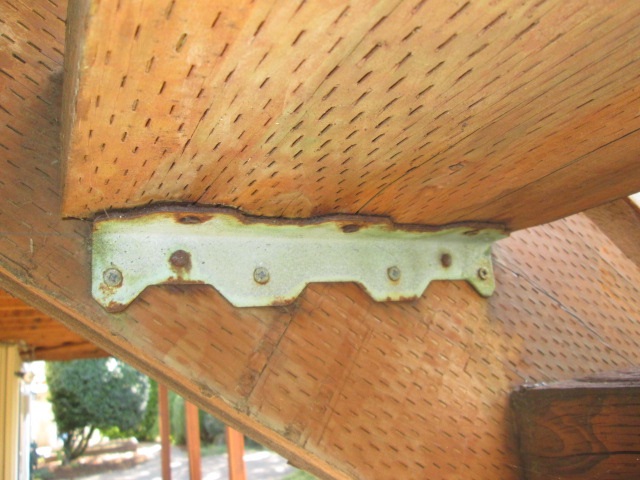 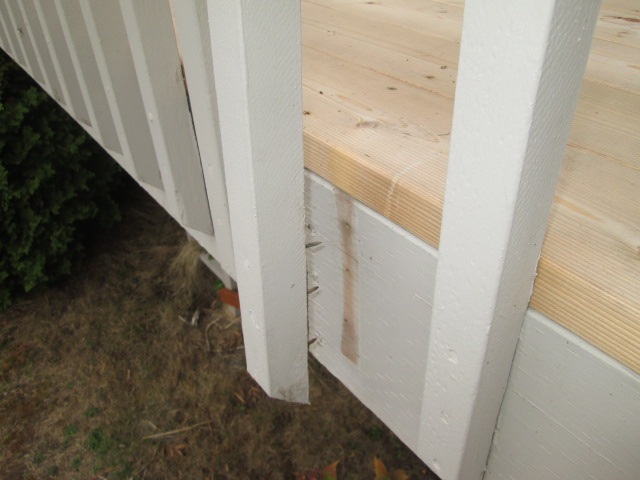 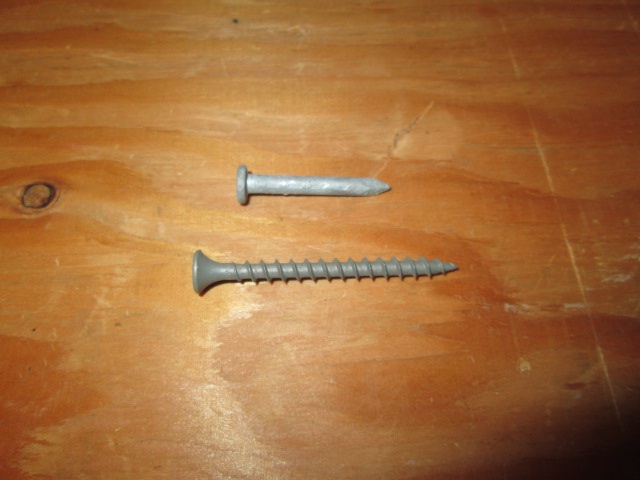 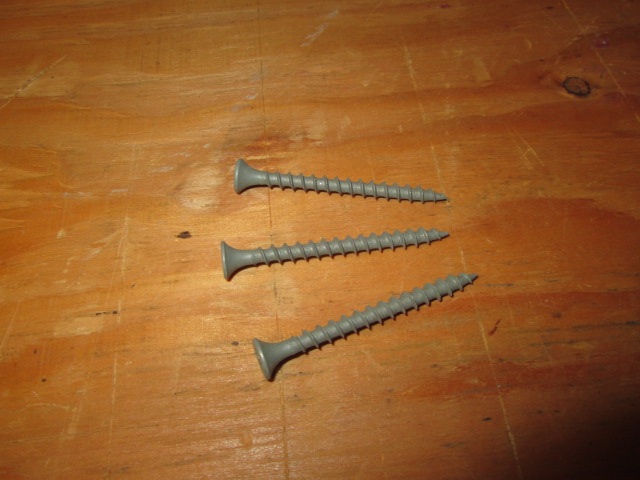 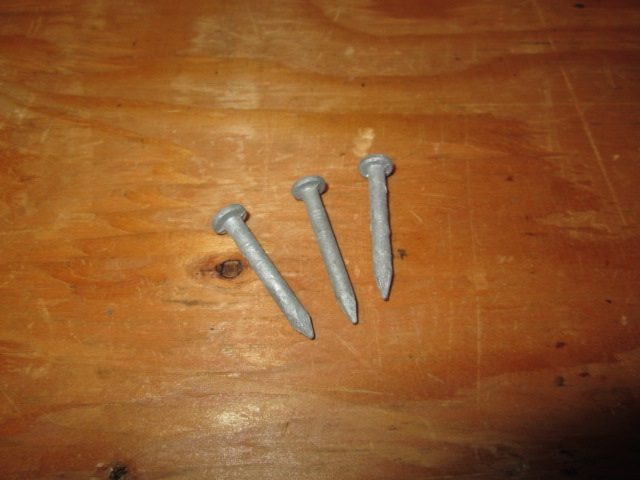