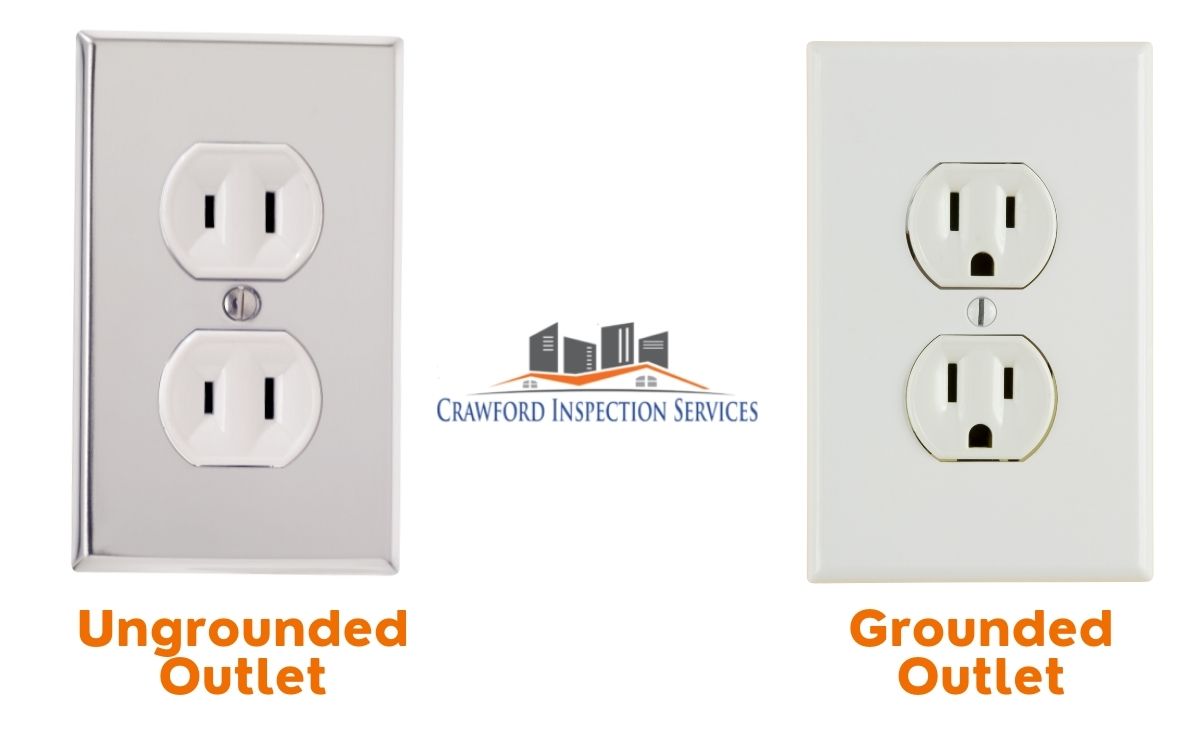 One of the larger advancements to ever take place with residential house wiring occurred in the early 1960s.  This change was the introduction of a third conductor in a standard electrical cable that acts as an equipment ground (usually just called a “ground”).  To make alternating current work, there must be a supply or “load” wire which is usually colored black, and a neutral or “common” wire which should be colored white.

So, why the need for a third conductor?  The ground conductor generally acts as an emergency path for electricity to reach a safe destination as opposed to somewhere bad like a person.  When things go wrong with electricity and the current faults to an unwanted place, the impact to a person or equipment will be much less if a strong path to the earth exists.  This path is through the third conductor or “ground” wire.

While the introduction of a ground wire is a great safety enhancement, there are still millions of houses that were built prior to 1960 so they do not have a ground wire.  Are houses without a ground wire to the outlets unsafe?  The short answer is that they are less safe but that doesn’t necessarily mean they are unsafe.  As long as the original 2-slot outlets are left in place on a 2-conductor wiring system, using the outlets with appliances that have only 2 prongs is generally okay.

A common problem that is found on older houses is that newer 3-slot outlets have been improperly installed over an older two-conductor wiring system with nothing attached to the ground opening on the newer outlet.  This is commonly referred to as an “ungrounded” outlet or an outlet having an, “open ground”.  An ungrounded 3-slot outlet is definitely a safety concern as the outlet can accept plugs that it should not be able to.  Manufacturers of appliances that have plugs with 3-prongs expect a continuous path to dissipate static overcharges.  So, along with the safety concern of having no emergency path for electricity, plugging things into ungrounded 3-slot outlets also puts the equipment at risk.

How about a 3-slot to 2-slot plug adapter?  While these are a handy adapter which will physically allow a 3-prong plug to fit into a 2-slot outlet, they are misused the majority of the time.  These adapters are intended for use under a rare set of circumstances when a third conductor is run through the electrical cable but terminates at the metal outlet box in the wall.  This would usually only be found on houses built in the late 1950s.

How do I know if my outlets are ungrounded?  First off, if your house is built after 1962 they most likely are.  Secondly, your home inspector would have tested some or all of them when you bought the house so you can look at your report for some information.  Lastly, checking the outlets is very cheap and easy.  A basic outlet tester can be found at any hardware store for under $10.  This is just a device that looks like an appliance plug but with no cord attached.  It has three lights on it that illuminate in different patterns to indicate the wiring conditions present to the outlet.

The largest takeaway from all this information is that ungrounded 3-slot outlets are potentially dangerous and should be corrected.  The easiest way to correct the problem is usually just installing two-slot outlets to match the wiring inside the walls.  Some consideration should also be given to updating the wiring feeding the outlets to a 3-conductor type since 3-slot outlets will accept any plugs and the two-conductor wiring is at least 55 years old.  Possibly much older.